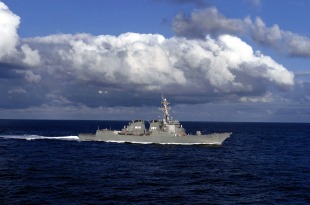 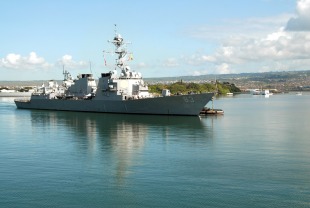 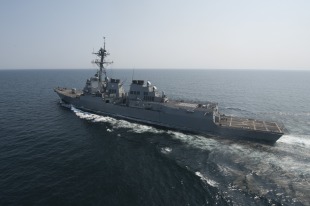 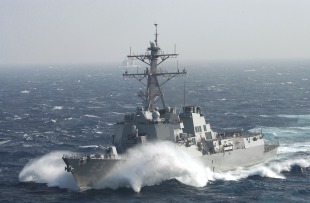 USS Howard (DDG-83) is an Arleigh Burke-class (Flight IIA) Aegis guided missile destroyer in the United States Navy. She is named for Medal of Honor recipient First Sergeant Jimmie E. Howard, USMC. This ship is the 33rd destroyer of her class. USS Howard was the 19th ship of this class to be built by Bath Iron Works at Bath, Maine, and construction began on 8 December 1998. She was launched and christened on 20 November 1999. She was commissioned into the Navy on 20 October 2001.