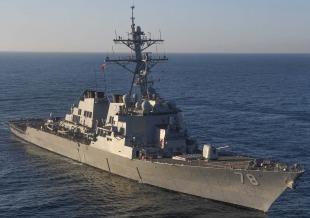 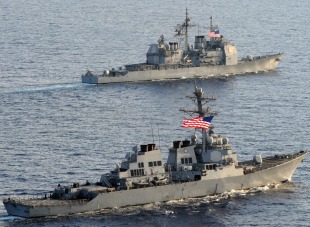 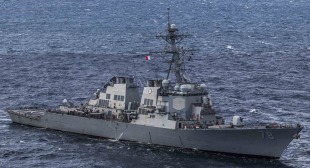 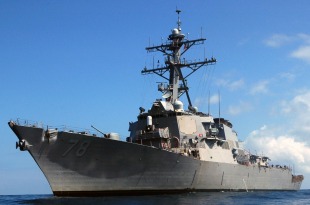 USS Porter (DDG-78) is an Arleigh Burke-class (Flight II) Aegis guided missile destroyer in the United States Navy. Porter is the fifth US Navy ship to be named after US Navy officers Commodore David Porter, and his son, Admiral David Dixon Porter. This ship is the 28th destroyer of her class. Porter was the 12th ship of this class to be built at Ingalls Shipbuilding in Pascagoula, Mississippi. She was laid down on 2 December 1996, launched and christened on 12 November 1997, and commissioned 20 March 1999, in Port Canaveral, Florida.