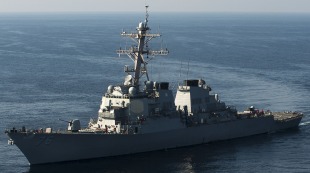 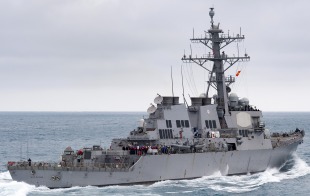 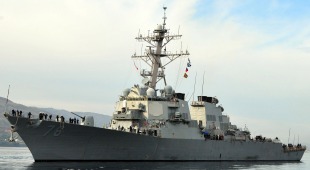 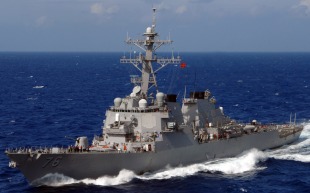 USS Higgins (DDG-76) is a United States Navy Arleigh Burke-class (Flight II) Aegis guided missile destroyer. Higgins is the 26th ship of her class, and the 15th of the class to be built by Bath Iron Works of Bath, Maine. Construction began on 14 November 1996 and she was launched and christened on 4 October 1997. She was commissioned at a ceremony in Port Everglades, Florida on 24 April 1999. She is part of Destroyer Squadron 15 within the Seventh Fleet, and is homeported at United States Fleet Activities Yokosuka in Yokosuka, Japan.