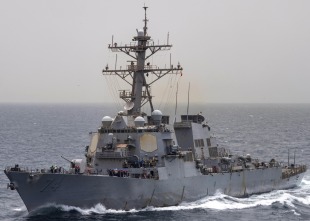 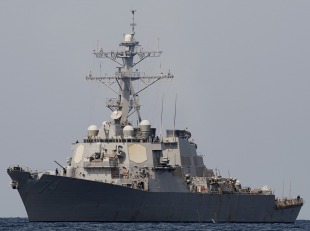 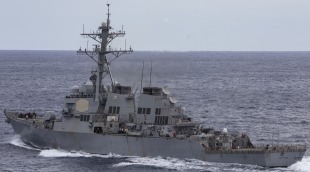 USS McFaul (DDG-74) is an Arleigh Burke-class (Flight II) Aegis guided missile destroyer in the United States Navy. She is named for U.S. Navy SEAL Chief Petty Officer Donald L. McFaul. This ship is the 24th destroyer of her class. USS McFaul was the 11th ship of this class to be built at Ingalls Shipbuilding in Pascagoula, Mississippi, and construction began on 26 January 1996. She was launched on 18 January 1997 and was christened on 12 April 1997. On 25 April 1998 she had her commissioning ceremony at the Garden City Terminal in Savannah, Georgia. As of July 2020 the ship is part of Destroyer Squadron 26 based out of Naval Station Norfolk.