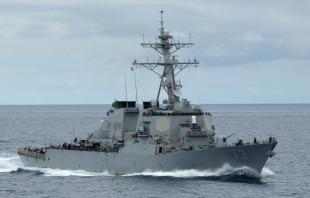 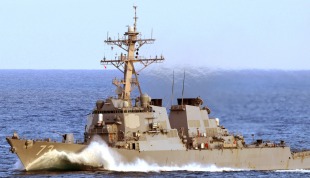 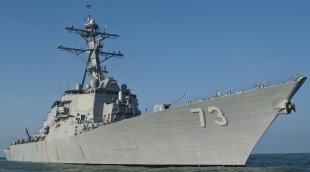 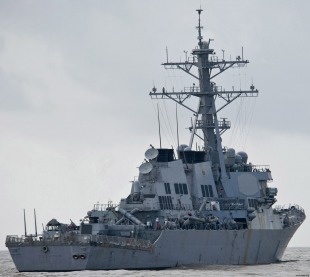 USS Decatur (DDG-73) is an Arleigh Burke-class (Flight II) Aegis guided missile destroyer in the United States Navy. She is named for the former naval officer Stephen Decatur, Jr. This ship is the 22nd destroyer of her class. USS Decatur was the 13th ship of this class to be built at Bath Iron Works in Bath, Maine, and construction began on 11 January 1996. She was launched on 10 November 1996 and was christened on 8 November 1996. On 29 August 1998 she was commissioned at the Tom McCall Waterfront Park in Portland, Oregon.