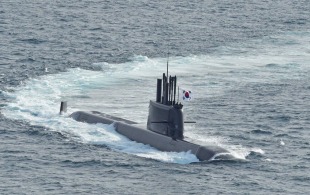 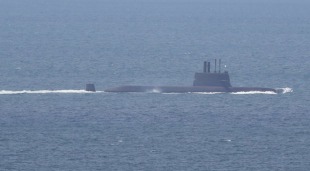 Dosan Ahn Changho class submarines are the final phase of the Korean Attack Submarine program, a three-phased program to build 27 attack submarines for the Republic of Korea Navy between 1994 and 2029. The lead vessel Dosan Anh Changho was launched in 2018. It began sea trials in 2019 and will be ready for service by 2020.

This new class will have a submarine version of the Korean Vertical Launching System which will be able to carry up to 10 indigenous «Chonryong» land-attack cruise missiles and «Hyunmoo» submarine-launched ballistic missiles, becoming the first submarine in the South Korean navy to have this kind of capability. It will also have many other improvements compared to its predecessors built with a greater degree of South Korean technology, especially in the later batches, which will include Samsung SDI lithium-ion batteries. Measured to weigh over 3800 tonnes submerged during sea trials, they are the largest conventional submarines ever built by South Korea. The Batch II vessels will increase their displacement by approximately 450 tonnes (4,250 tonnes submerged), according to the Defense Acquisition Program Administration.

The 2nd vessel of first batch was observed nearing completion in the Geoje shipyard of Daewoo Shipbuilding & Marine Engineering on May 12, 2019.

According to the recent DAPA statement, the Next Generation Submarine Project Team held a «System Functional Review» meeting on KSS-III Batch-II submarine in late June 2017. Through this meeting, the project team was able to confirm the design requirements for the Batch-II submarine under development are well reflected in the design. As a result, following the Batch-I, the Batch-II program has been promoted and the design has begun to materialize.