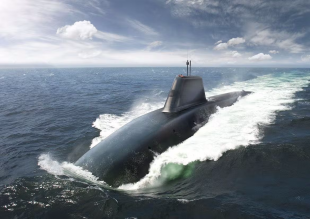 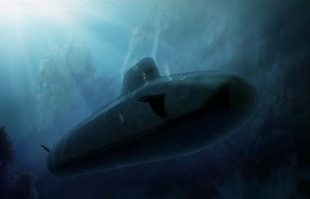 Propulsion:
Range:
Limited only by food and mechanical components

The Dreadnought class is the future replacement for the Vanguard class of ballistic missile submarines. Like their predecessors they will carry Trident II D-5 missiles. The Vanguard submarines entered service in the United Kingdom in the 1990s with an intended service life of 25 years. Their replacement is necessary if the Royal Navy is to maintain a continuous at-sea deterrent (CASD), the principle of operation behind the Trident system.

Provisionally named «Successor» (being the successor to the Vanguard class SSBNs), it was officially announced in 2016 that the first of class would be named Dreadnought, and that the class would be the Dreadnought class. The next three boats will be called Valiant, Warspite and King George VI.

Construction started in late 2016 at the Barrow-in-Furness shipyard operated by BAE Systems Submarines, when the first submarine was provisionally expected to enter service in 2028. The start of construction of the second phase was announced in May 2018. As of 2018, the Ministry of Defence (MoD) expects the first submarine to enter service in the early 2030s. Total programme cost is expected to be £31 billion.

The submarines will have an intended service life of around 35 to 40 years, an increase of around 50% over the previous class.

The MoD said in December 2018 that construction of the first submarine was on schedule and within budget. In April 2021, The Sunday Times reported that delays on the Astute class submarines may impact the Dreadnought class, which will be built in the same dock hall. Related concerns are a 19 month delay to an extension of the Barrow facility and a five year delay to a Rolls-Royce factory which will build the nuclear reactors.