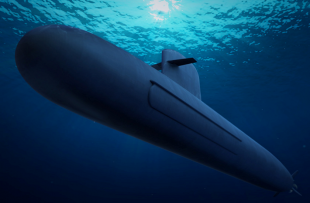 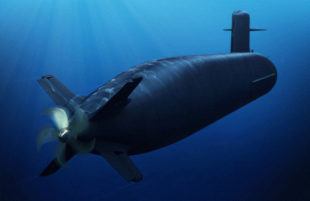 Álvaro Alberto is Brazil's first nuclear-powered attack submarine. The project is part of a strategic partnership signed between France and Brazil on 23 December 2008 by then-presidents Luiz Inácio Lula da Silva and Nicolas Sarkozy, which included the total transfer of technology and support for the construction of four enlarged conventionally-powered Scorpène-class submarines. The submarine is being constructed by the Brazilian state-owned naval company ICN.

Once Álvaro Alberto is completed, Brazil will be the seventh country in the world to field nuclear submarines. Brazil will be the first new operator of the ship type since 1987, when India commissioned the former Soviet Navy Charlie-class submarine INS Chakra.

The Brazilian Navy modernization program plans the development and construction of six nuclear submarines. In the Brazilian doctrine, the raison d'etre of the national defense strategy is to develop deterrence capability against a possible hostile force to the national territory. The country understands that with its future nuclear fleet, at least some of its weapons will be able to survive the first strike of an enemy and prevent further attempts at aggression. Another rationale is to support the defense of the so-called Blue Amazon (Portuguese: A Amazônia Azul), a resource-rich area covering about 4,500,000 km2 (1,700,000 sq mi) off the Brazilian coast. This area is the country's exclusive economic zone, home to a huge diversity of marine species, valuable metallic minerals and other mineral resources, petroleum, and the world's second largest rare-earth reserve.