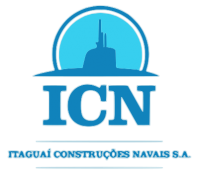 The company was created in 2009 to lead the development of projects for the naval modernization plan of the Brazilian Armed Forces, mainly of the Submarine Development Program (PROSUB), after Brazil and France signed cooperation agreements for the construction of the new conventional submarines for the Brazilian Navy, including technical assistance for the development of the hull of the first Brazilian nuclear submarine, Álvaro Alberto, to be launched in 2029-30.

The company was created in 2009, when the Presidents of Brazil and France, Luiz Inácio Lula da Silva and Nicolas Sarkozy, signed the cooperation agreements. ICN would be responsible for receiving the technology of the French diesel-electric submarines from DCNS (now Naval Group), and for the construction of four submarines of the class in Brazilian territory, in the future Madeira Island Submarine Base, in an agreement of US$ 10 billion. 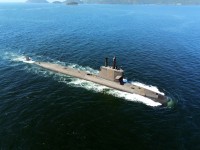