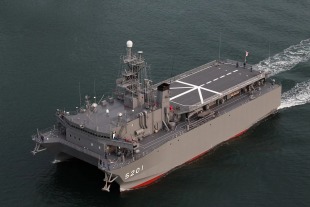 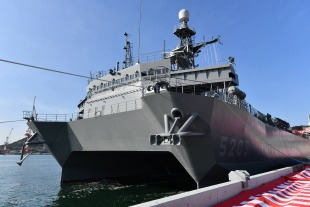 The Hibiki-class ocean surveillance ship is a class of surveillance ships operated by the Japan Maritime Self-Defense Force. The ships have a small-waterplane-area twin hull (SWATH) design.

The Hibiki class was developed in response to the launch of the Kilo-class submarines by the Soviet Union, and their deployments in the waters near Japan. The Defense Agency announced plans to develop a surveillance ship in 1989.

The first Hibiki-class vessel was commissioned on January 23, 1991.

All three vessels of the class have been built by Mitsui Engineering & Shipbuilding at its Tamano shipyard.

The United States and Japan reportedly split the costs of operating the Hibiki vessels, which approximately US$20 million per year. 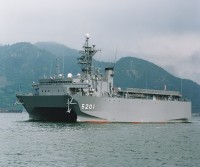