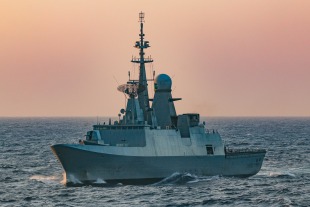 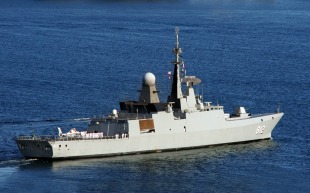 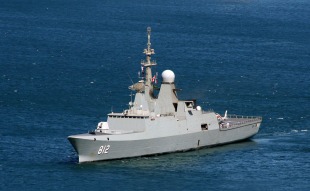 The ships' combat systems are produced by Armaris (a DCN/Thales joint venture) and are armed with the Aster 15 missile. The Aster missiles use the DCN SYLVER launcher. As with the La Fayette class the primary offensive weapon is the anti-surface Exocet missile. The ships' main gun is the Oto Melara 76 mm/62 Super Rapid gun replacing the 100 mm TR automatic gun. There are also four 533 mm (21.0 in) aft torpedo tubes. The ship is armed with the DCNS F17 heavyweight anti-submarine torpedo.