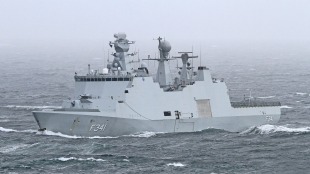 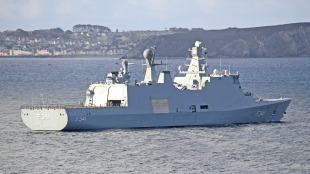 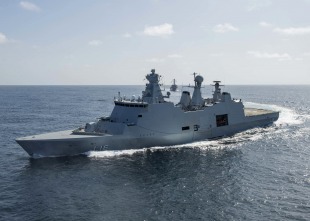 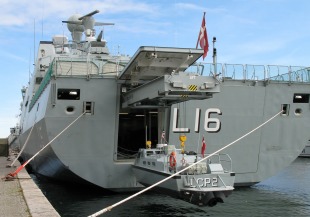 HDMS Absalon (F341) and her sister ship Esbern Snare are the largest ships ever built to serve the Royal Danish Navy (RDN), and are the two members of the Absalon class. The two ships in the Absalon class, named after Danish archbishop and statesman Absalon, received full operational status in 2007.

The ships are the first in a series of RDN vessels tasked with carrying out new types of missions, and are to form the backbone of the international operations that the RDN is increasingly focusing on.

The Absalon-class ships are primarily designed for command and support roles, with a large ro-ro deck, but with their many offensive weapons and new anti-submarine weapons and tasks, the class was changed to frigates in 2020. While the following three frigates of the Iver Huitfeldt class will be equipped for a combat role and potentially equipped with Tomahawk cruise missiles, a first for the Danish Navy. Although similar to the Absalon-class vessels, these frigates will not have a large ro-ro deck. the frigates received full operational status in 2010 and 2011, replacing the Niels Juel-class corvettes.