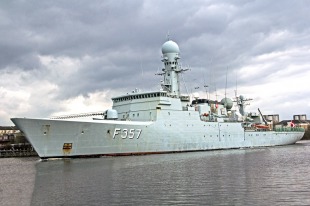 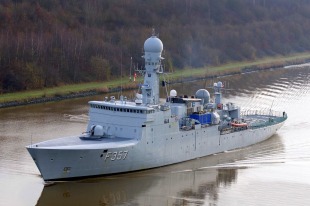 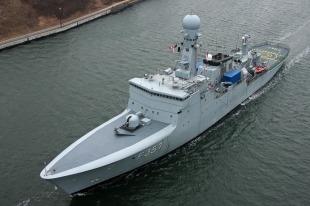 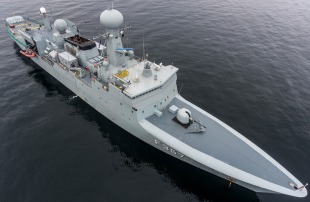 HDMS Thetis is a Thetis-class ocean patrol vessel belonging to the Royal Danish Navy. In mid-1990s the ship served as a platform for seismic operations in the waters near Greenland. In 2002 she took over the role from her sister ship Hvidbjørnen as a platform for Commander Danish Task Group. The role was handed over to Absalon in September 2007. From February — April 2008 Thetis served as a protection vessel for the World Food Programme chartered ships, carrying food aid, off the Horn of Africa. In 2009 the ship served as staff ship for the NATO Mine Countermeasure Group 1.