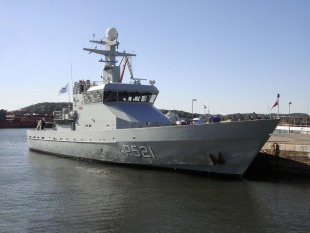 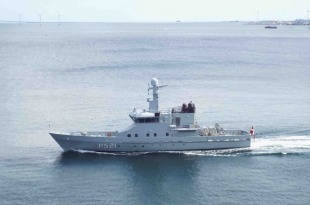 HDMS Freja is a Diana-class large ocean patrol vessel belonging to the Royal Danish Navy. Freja is the second patrol vessel in the Diana class and is built to patrol in the Danish territorial waters. It is designed by Hauschildt Marine in cooperation with Danish Defense Acquisition and Logistics Organization and Faaborg Værft A/S. The ship is named after the Norse fertility goddess Freya. Freja is, like all its sister ships, built in Faaborg yard. The ship was named at a ceremony at Naval Base Korsør by General Jesper Helsø, Defense Chief.