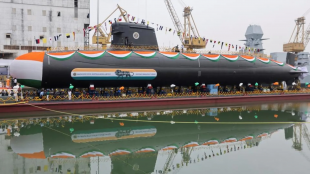 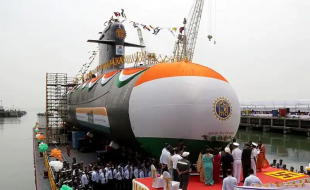 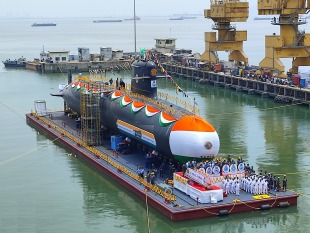 Namesake:
Type of sandfish found in the Indian Ocean
Operator:

INS Vagsheer (S26) is the sixth submarine of the first batch of six Kalvari-class submarines for the Indian Navy. It is a diesel-electric attack submarine based on the Scorpène class, designed by French naval defence and energy group Naval Group and manufactured by Mazagon Dock Limited, an Indian shipyard in Mumbai, Maharashtra. The ship was launched on 20 April 2022.

The submarine has been named after the INS Vagsheer (S43), a Vela-class submarine of the Indian Navy which was in service from 1974 to 1997.