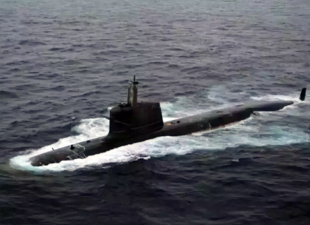 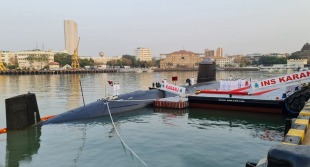 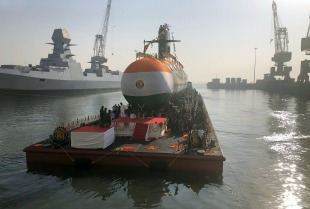 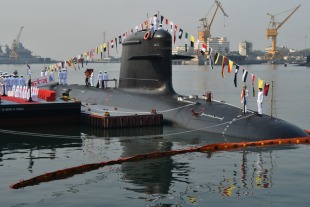 INS Karanj (S23) is the third submarine of the first batch of six Kalvari-class submarines for the Indian Navy. It is a diesel-electric attack submarine based on the Scorpène class, designed by French naval defence and energy group DCNS and manufactured by Mazagon Dock Limited, an Indian shipyard in Mumbai. The ship was launched on 31 January 2018.

The submarine was delivered to Indian Navy on 15 February 2021. The ship was commissioned on 10 March 2021 in Mumbai in presence of Chief of Naval Staff Admiral Karambir Singh and Admiral (Retired) VS Shekhawat.

The submarine inherits its name from INS Karanj (S21) which served in the Navy from 1969–2003, and was named after Karanja island, also known as Uran island, located in the Raigad district of Maharashtra.