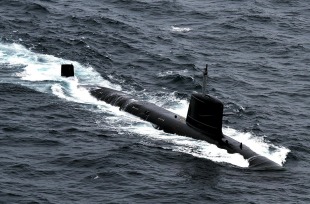 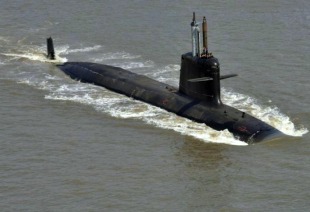 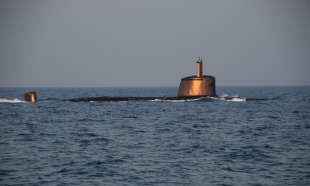 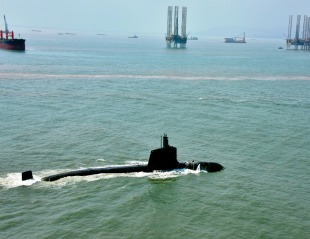 INS Khanderi (S22) is the second of the Indian Navy's six Kalvari-class submarines being built in India. It is a diesel-electric attack submarine which was designed by French naval defence and energy company DCNS and manufactured at Mazagon Dock Limited in Mumbai.

The submarine inherits its name and pennant number from INS Khanderi (S22) which served in the Navy from 1968–1989, and was named after Maratha king Shivaji's island fort of Khanderi.

The submarine was launched in the presence of Minister of State for Defence Subhash Bhamre, Chief of the Naval Staff Admiral Sunil Lanba and other dignitaries on 12 January 2017. The submarine began its sea trials on 1 June 2017.

The submarine was commissioned by Defence Minister Rajnath Singh on 28 September 2019.