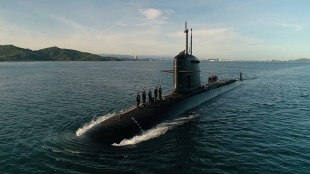 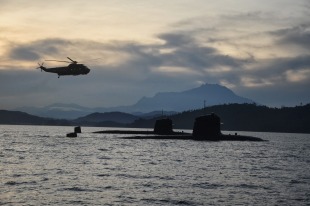 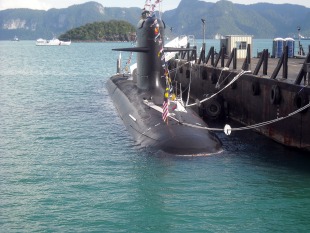 The Scorpène class of submarines has four subtypes the CM-2000 conventional diesel-electric version, the AM-2000 air-independent propulsion (AIP) derivative, the downsized CA-2000 coastal submarine, and the enlarged S-BR for the Brazilian Navy, without AIP.

She is laid down on 25 April 2005 and launched in October 2008. She is commissioned in December 2009 and. She was assigned at Sepanggar Naval Base, Sabah.