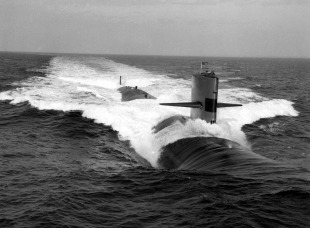 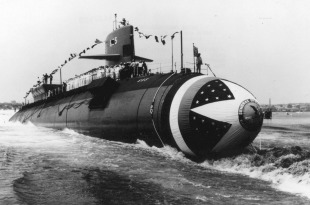 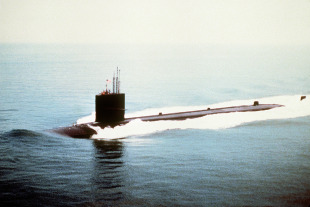 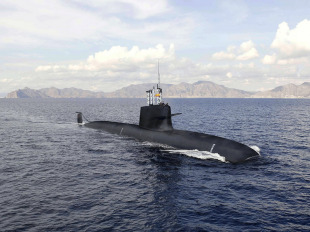 Glenard P. Lipscomb was the Navy's second submarine design using turbo-electric transmission; the first was USS Tullibee. Intended to test the potential advantages of this propulsion system for providing quieter submarine operations, with a displacement of 6,400 tons and a length of 365 feet (111 m), Glenard P. Lipscomb was heavier and larger than similar vessels with conventional drive trains, which resulted in slower speeds. Those disadvantages, along with reliability issues, led to the decision not to use the design for the follow-on Los Angeles-class submarines. Other than the engine room, Glenard P. Lipscomb was generally similar to the Sturgeon class, and although serving as a test platform was a fully combat-capable attack submarine.