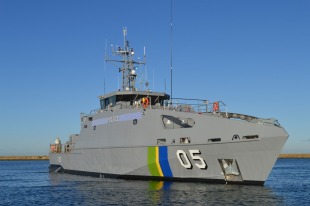 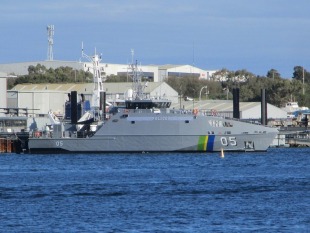 RSIPV Gizo (05) is the fifth Guardian-class patrol boat to be completed. Australian officials officially handed her over to representatives of the Solomon Islands on November 8, 2019, in Henderson, Western Australia.

She is the first of two Guardian-class vessels Australia will provide to the Solomon Islands, and she will replace RSIPV Lata.

Gizo was joined by HMAS Maryborough on her maiden voyage. The crews of the two vessels conducted joint training exercises on the voyage.