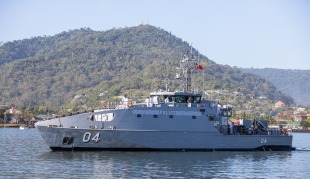 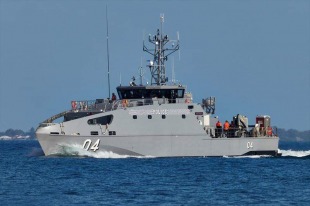 Nafanua II (04) is a Guardian-class patrol boat being built in Australia for Samoa. It will replace the original Nafanua, supplied to Samoa three decades earlier. Her crew will be drawn from the Samoan Police Force.

Samoa agreed that Nafanua II would cooperate under the Niue Treaty Subsidiary Agreement to conduct fishery surveillance as it transitted Australian waters, on its first voyage to Samoa, even though she had yet to be officially commissioned.