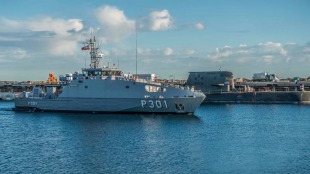 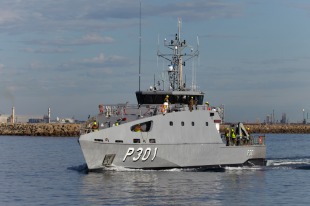 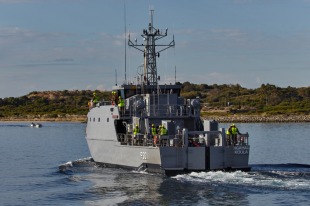 VOEA Ngahau Koula (P301) is a Guardian-class patrol vessel designed and built for the Tonga Maritime Force by Australia. After the United Nations Convention on the Law of the Sea established that all maritime nation were entitled to exercise control over a 200-kilometre (120 mi) exclusive economic zone, Australia agreed to give small patrol boats to Tonga and eleven other neighbours in the Pacific Islands Forum.

Tonga was given three Pacific Forum-class patrol vessels in 1989, 1990 and 1991, VOEA Neiafu, VOEA Pangai and VOEA Savea. Those vessels were designed to have a working life of at least 30 years, so Australia designed the Guardian class, a slightly larger, and more capable replacement class. Australia delivered Ngahau Koula to Tonga on June 21, 2019. A second replacement vessel will follow in 2021.

The vessel's name means «Golden Arrow». She has been designed to be able to accommodate crews of mixed gender. Nahagau Koula was commissioned by King Tupou VI on October 16, 2019.