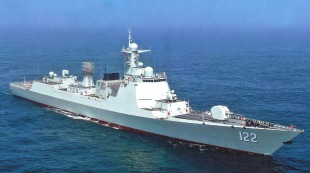 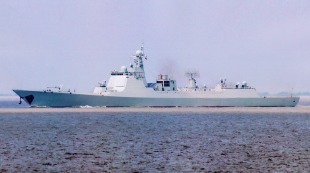 The Type 52D is the first Chinese surface combatant to use canister-based universal VLS, as opposed to the concentric type VLS carried aboard earlier vessels. 64 cells are carried; 32 forward and 32 aft.The VLS is reportedly an implementation of the GJB 5860-2006 standard. The VLS may fire the extended-range variant of the HHQ-9 surface-to-air missile, YJ-18 anti-ship cruise missiles, and CY-5 anti-submarine missiles.