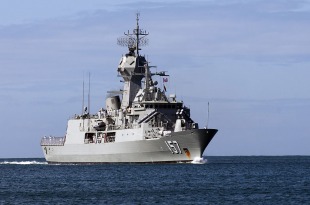 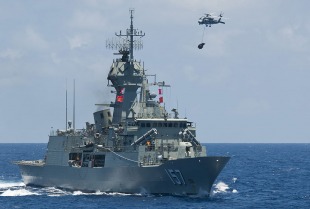 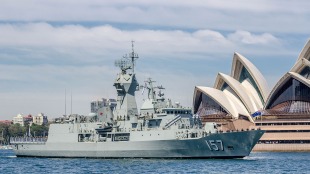 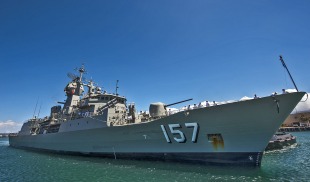 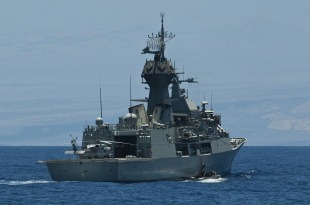 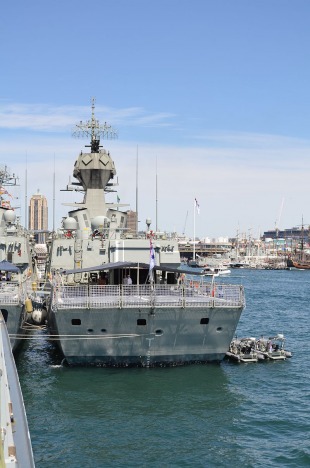 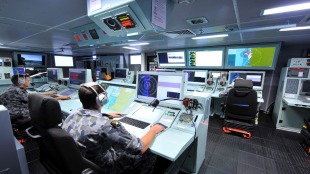 Namesake:
The City of Perth is a local government area and body, within the Perth metropolitan area, which is the capital of Western Australia.
Operator:

HMAS Perth (FFH 157) is an Anzac-class frigate of the Royal Australian Navy (RAN). The last ship of the class to be completed, she was built by Tenix Defence Systems and commissioned into the RAN in 2006. In 2007, Perth became the first major warship of the RAN to be commanded by a woman. During 2010 and 2011, the frigate was used as the testbed for a major upgrade to the Anzac class' ability to defend themselves from anti-ship missiles.