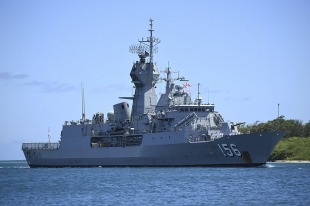 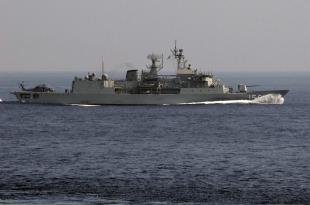 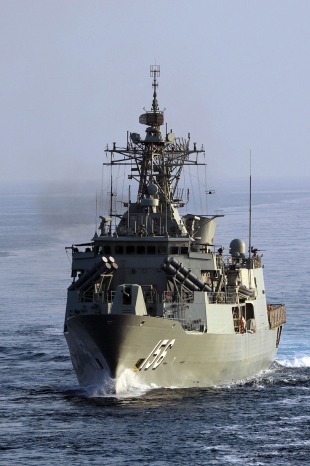 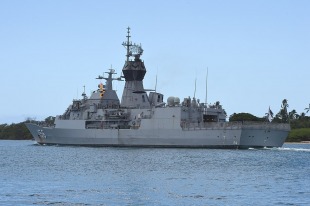 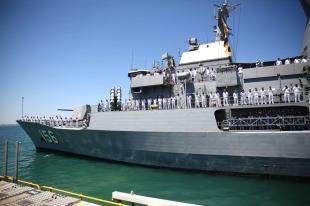 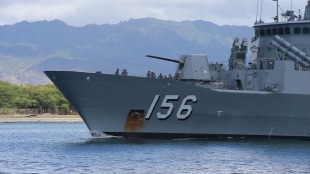 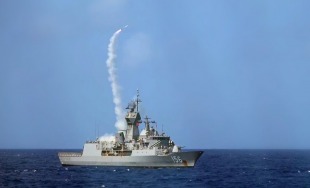 Namesake:
The City of Toowoomba was a local government area in the Darling Downs region of Queensland, Australia. The City existed as a local government entity in various forms from 1860 until 2008, when it amalgamated with several other councils in the surrounding area to form the Toowoomba Region.
Operator:

HMAS Toowoomba (FFH 156) is the seventh Anzac-class frigate of the Royal Australian Navy (RAN). She was laid down in 2002 by Tenix Defence Systems and commissioned in 2005.

In 2007, Toowoomba was deployed to the Persian Gulf as part of Operation Slipper. Her second deployment to the Middle East occurred during the second half of 2009. As part of this, she became the first RAN vessel to operate with the counter-piracy Combined Task Force 151.