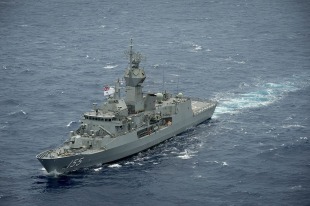 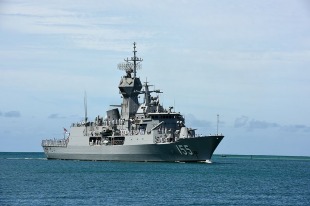 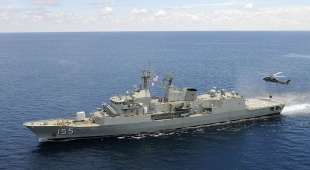 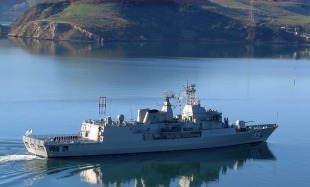 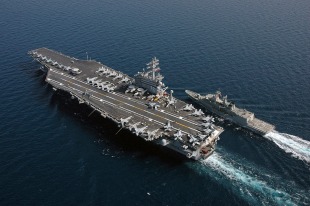 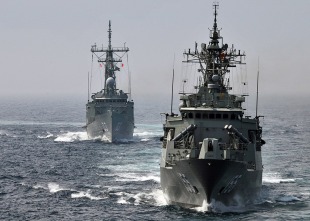 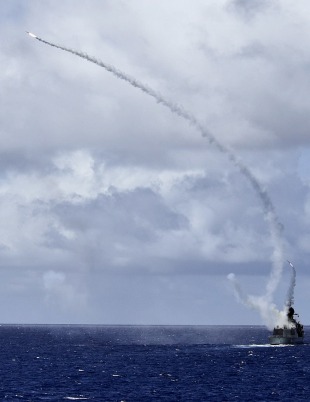 Namesake:
The City of Ballarat is a local government area in the west of the state of Victoria, Australia. It covers an area of 739 square kilometres (285 sq mi) and, in June 2018, had a population of 107,325.
Operator:

HMAS Ballarat (FFH 155) is an Anzac-class frigate of the Royal Australian Navy (RAN). The frigate was laid down in 2000 and commissioned into the RAN in mid-2004. Since entering service, Ballarat has been involved in border protection as part of Operation Relex II, was deployed to the Gulf for Operation Catalyst, and was one of the two ships involved in the Operation Northern Trident 2009 round-the-world voyage. Ballarat has undergone the Anti-Ship Missile Defence (ASMD) upgrade, completing in 2015.