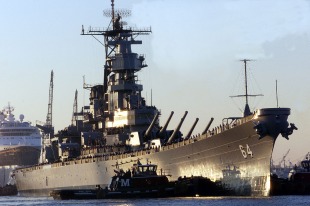 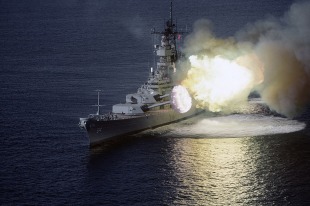 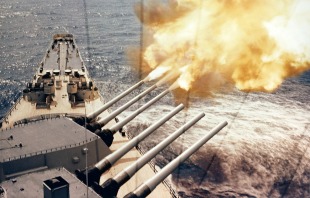 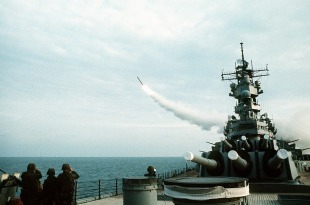 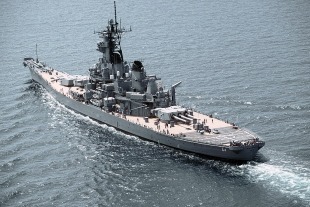 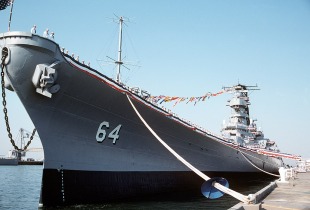 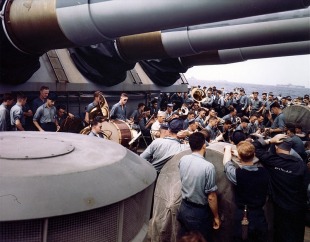 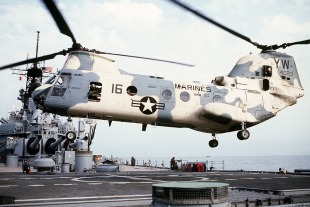 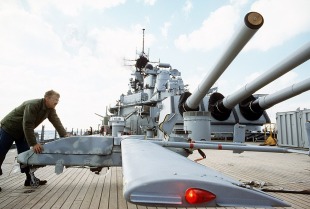 Namesake:
The State of Wisconsin
Operator:

USS Wisconsin (BB-64) is an Iowa-class battleship, the second ship of the United States Navy to be named in honor of the U.S. state of Wisconsin. She was built at the Philadelphia Naval Shipyard in Philadelphia, Pennsylvania and launched on 7 December 1943 (the second anniversary of the Pearl Harbor raid), sponsored by the wife of Governor Walter Goodland of Wisconsin.

During her career, Wisconsin served in the Pacific Theater of World War II, where she shelled Japanese fortifications and screened United States aircraft carriers as they conducted air raids against enemy positions. During the Korean War, Wisconsin shelled North Korean targets in support of United Nations and South Korean ground operations, after which she was decommissioned. She was reactivated on 1 August 1986; after a modernization program, she participated in Operation Desert Storm in January and February 1991.

Wisconsin was last decommissioned in September 1991 after a total of 14 years of active service in the fleet, and having earned a total of six battle stars for service in World War II and Korea, as well as a Navy Unit Commendation for service during the January/February 1991 Gulf War. She currently functions as a museum ship operated by Nauticus, The National Maritime Center in Norfolk, Virginia. Wisconsin was stricken from the Naval Vessel Register (NVR) 17 March 2006, and was donated for permanent use as a museum ship. On 15 April 2010, the City of Norfolk officially took over ownership of the ship.