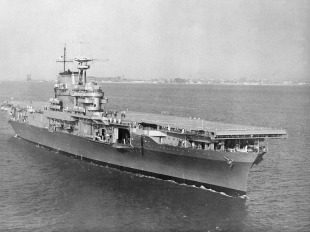 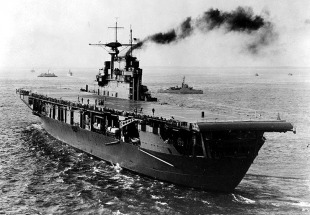 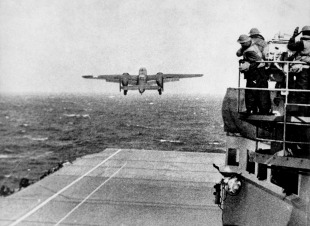 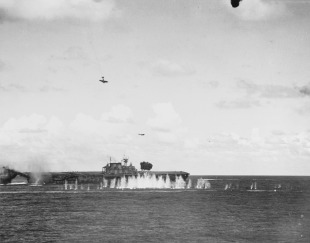 USS Hornet (CV-8), the seventh U.S. Navy vessel of that name, was a Yorktown-class aircraft carrier of the United States Navy. During World War II in the Pacific Theater, she launched the Doolittle Raid on Tokyo and participated in the Battle of Midway and the Buin-Faisi-Tonolai Raid. In the Solomon Islands campaign, she was involved in the capture and defense of Guadalcanal and the Battle of the Santa Cruz Islands where she was irreparably damaged by enemy torpedo and dive bombers. Faced with an approaching Japanese surface force, Hornet was abandoned and later torpedoed and sunk by approaching Japanese destroyers. Hornet was in service for a year and six days and was the last US fleet carrier ever sunk by enemy fire. For these actions, she was awarded four service stars, a citation for the Doolittle Raid in 1942, and her Torpedo Squadron 8 received a Presidential Unit Citation for extraordinary heroism for the Battle of Midway.

In late January 2019, the research vessel Petrel located the wreck at a depth of more than 5,300 m off the Solomon Islands. The expedition team, largely funded by Paul Allen, aboard the Petrel used information from the archives of nine other U.S. warships that saw the carrier shortly before it was sunk.