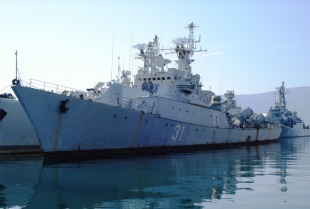 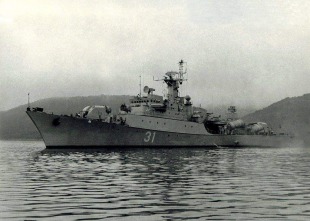 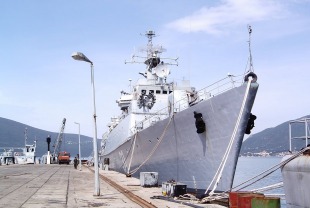 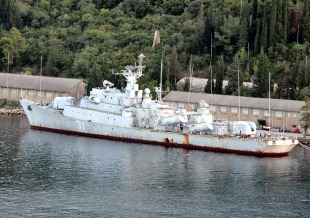 Split (VPBR-31) was a Koni I-class anti-submarine warfare frigate (Project 1159) in service with the Yugoslav Navy (JRM). Laid down and completed during the late 1970s as Sokol of the Soviet Navy, it was the fourth ship of a class that was being built by the Zelenodolsk Shipyard primarily for export to various friendly navies. The ship was acquired by the JRM in 1980 and commissioned as Split, becoming the second ship in JRM service to be named after the city of Split. It was soon followed by a second Koni-class hull, Koper (VPBR-32), commissioned in the JRM in 1982. Designated as a Large Patrol Boat (Serbo-Croatian: Veliki patrolni brod – VPBR) by the JRM, Split's original armament consisting of naval guns, anti-submarine rocket launchers and anti-aircraft missiles was further improved by the addition of four P-20 anti-ship missiles, making it the most versatile ship in the JRM inventory at the time.