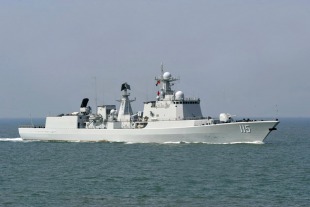 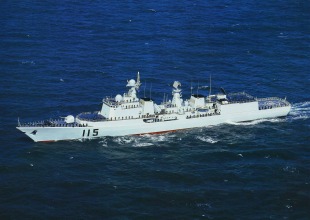 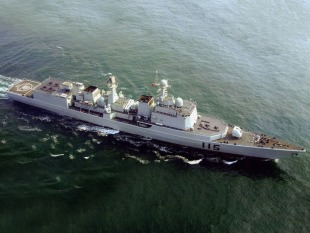 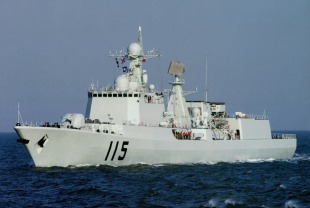 Shenyang (115) is the lead ship of Type 051C destroyer of the People's Liberation Army Navy. She was commissioned on 1 January 2006.

The Type 051C destroyers were constructed at Dalian Shipyard and was revealed in 2004. They use the advanced Russian S-300FM air defence missile system with track-via-missile homing guided by a single Tombstone radar. The missile has a maximum range of 150 km and an operating altitude of 10 m — 27 km.

The anti-ship abilities possessed by the Luzhou class includes 8 indigenous YJ-83 (C-803) Anti-ship missiles. This anti-ship missile has a range of 150+ km and approaches its target in sea skimming mode at a speed of Mach 1.5. As a secondary role, the missile can also be used against land targets.

The ship uses two Type 730 CIWS guns for air defence. The Type 730 is a highly effective CIWS that is also installed on the Type 052B (Guangzhou class) and Type 052C/052D destroyers, and the Type 054A (Jiangkai II class) frigates. The ship also has 100 mm gun based on a French design for use against surface targets.