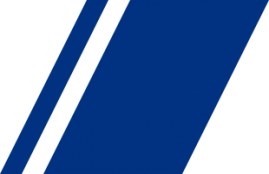 The Finnish Border Guard is the national security agency responsible for enforcing the security of Finland's borders. It is a paramilitary organization, subordinate to the Ministry of the Interior in administrative issues and to the President of the Republic in issues pertaining to the president's authority as Commander-in-Chief (e.g. officer promotions). The Border Guard has police and investigative powers in immigration matters and can independently investigate immigration violations. The Border Guard has search and rescue (SAR) duties, both maritime and inland. The Guard operates SAR helicopters that are often used in inland SAR, in assistance of a local fire and rescue department or other authorities.

The border guard's active duty personnel consists of 3,800 men and women. The Finnish Border Guard has also 500 conscripts who are not used for border control during peace time. Upon mobilisation the Border Guard would be wholly or partly incorporated into the Finnish Defence Forces and its strength increased with reservists who have served their conscription in the border guard. The mobilized strength of the Border Guard is 12 600 servicemen. The Finnish-Russian border is actively monitored and patrolled by the Border Guard. The western sea borders and the western and northern land borders to Sweden and Norway are free to cross under the Nordic passport union, however the Border Guard does maintain personnel in these regions owing to its SAR duties.