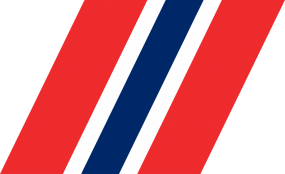 The Norwegian Coast Guard (Norwegian: Kystvakten) is a maritime military force which is part of the Royal Norwegian Navy. The coast guard's responsibility are for fisheries inspection, customs enforcement, border control, law enforcement, shipping inspection, environmental protection, and search and rescue. It operates throughout Norway's 2,385,178-square-kilometer (920,922 sq mi) exclusive economic zone (EEZ), internal waters and territorial waters. It is headquartered at Sortland Naval Base. In 2013 the Coast Guard had 370 employees, including conscripts, and a budget of 1.0 billion Norwegian krone.

The force is subdivided into three main divisions. The Outer Coast Guard covers the EEZ and consists of three Nordkapp-class offshore patrol vessels, three Barentshav-class offshore patrol vessels as well as Ålesund, Svalbard and Harstad. The Inner Coast Guard consists of five Nornen-class patrol vessels. The Coast Guard has air support of the P-3 Orion patrol aircraft and Westland Lynx helicopters, both operated by the Royal Norwegian Air Force. The Westland Lynx is being phased out in Norwegian service, and replaced with the NH90.