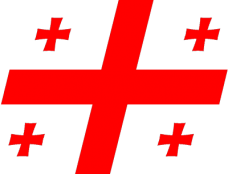 The Georgian Coast Guard is the maritime arm of the Georgian Border Police, within the Ministry for Internal Affairs. It is responsible for the maritime protection of the entire 310 km (190 mi) coastline of Georgia, as well as the Georgian territorial waters. The primary missions of the service are administration of the territorial waters, marine pollution protection, maritime law enforcement, search and rescue, port security and maritime defence. The former Georgian Navy was absorbed into the Coast Guard in 2009.

The headquarters and a principal Coast Guard base are located at the Black Sea port of Poti. A second smaller base is in Batumi, Adjaria. Besides the Poti-based force, the Coast Guard also includes a special counter-terrorist Detachment. Maritime surveillance radar stations are maintained at Anaklia, Poti, Supsa, Chakvi, and Gonio, providing coverage of all territorial seas.