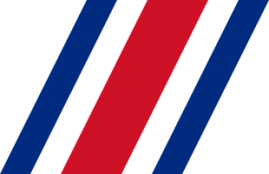 The Guardia Civil was the largest branch of the Fuerza Pública (Public Force) and was responsible for the defense of the nation in addition to its law enforcement duties.

The Civil Guard was organised along military lines and was deployed in seven provincial companies. Roughly 40 percent of the Civil Guard was deployed in or near the capital of San José. The units included the Presidential Guard approximating battalion size, and a Security battalion which combined 1st and 2nd Companies. The 3rd Company, which functioned as a strategic reserve, a depot and a training unit, was also the size of a small battalion.

Other Civil Guard units included the Traffic Force, a nationwide highway patrol, and the Investigationes, a detective force. Since 1963, all personnel have been trained at the National Police School with others undergoing training in the United States or at the School of the Americas in the Panama Canal Zone.

The police functions of the Civil Guard were basically confined to the national and provincial capitals with the policing of rural towns and villages being the responsibility of the Rurales (Rural Assistance Guard).

In 1996, the Ministry of Public Security was established controlling the Fuerza Pública or Public Force which was subsequently reorganized and eliminated the Civil Guard, Rural Assistance Guard, and Frontier Guards as separate entities; they are now under the Ministry and operate on a geographic command basis performing ground security, law enforcement, counter-narcotics, and border patrol functions.

The Civil Guard Coast Guard was established in 1949 and initially consisted of a 90-foot launch on each coast and a rescue tug on the Caribbean, and three small boats were later added in the mid-1950s. by 1980 six launches were added to the force, one 100 ton and five of 36 tons.