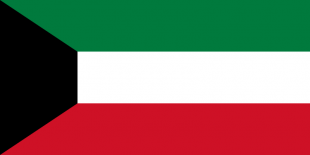 On 11 November 2008, Kuwait Naval Base was the location of the historic signing of the non-legally binding maritime Khawr Abd Allah Protocols otherwise known as the KAA Protocols. The signing of the KAA Protocols by the then respective heads of the Kuwaiti Naval Force and the Iraqi Navy was the first formal and successful maritime bilateral military agreement for the co-ordinated and de-conflicted use of the Khawr Abd Allah waterway since before the 1991 Persian Gulf War. The protocols were developed and mediated by Major David Hammond RM, a British Royal Navy barrister in 2008 and they were subsequently ratified by both the Kuwaiti and Iraqi governments before the 11 November 2008 signing. They were subsequently reported to the US Congress within the December 2008 'Measuring Stability and Security in Iraq' report and the text of which have since become public knowledge following leaks in US diplomatic notes.