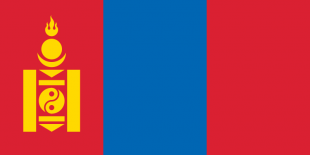 Historically, the Mongolian Navy was one of the largest in the world, during the time of Kublai Khan. However, most of the fleet sank during the Mongol invasions of Japan. The Mongolian Navy was reborn in 1930s, while under Soviet rule, using it to transport oil. Since 1997, the navy has been privatized, and offers tours on the lake to cover expenses. It consisted of a single vessel, the «Sukhbaatar III», which is stationed on Lake Khövsgöl, the nation’s largest body of water by volume. The Navy is made up of 7 men, making it the smallest navy in the world.