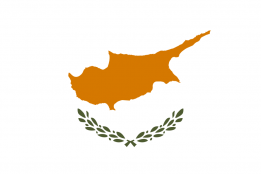 The Cyprus Naval Command (also known as the Cyprus Navy or Cypriot Navy) is the armed sea wing of the Cyprus National Guard. This force does not possess any capital ships or other major warships, but is equipped with patrol boats, landing craft, surface-to-surface missile systems and integrated radar systems, as well as SEALs-type naval underwater demolitions units. The Cyprus Navy has the primary mission of defending the sea borders of the Republic of Cyprus, but is currently unable to access waters around Northern Cyprus which are controlled by the Turkish Navy since the 1974 conflict.