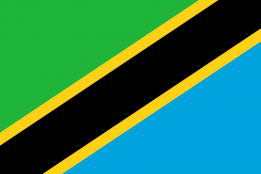 The Tanzania Naval Command is the naval branch of the Tanzanian Armed Forces.

In the years immediately following independence, Tanzania did not have a navy. Coastal patrols were performed by the Police Marine Unit, using four Type 368 craft lent by the West-German government. Cooperation ended abruptly following the recognition of East Germany by the Tanzanian government in February 1965. Four Shanghai-class boats were given to the Police by the Government of the People's Republic of China to replace the West-German vessels. These were to later form the nucleus of the Tanzanian Naval Command.

In 1968, the PRC reached an agreement to build a naval base for the TNC. Work on the facility began in January 1970, and was complete in December 1971.