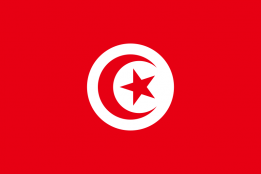 Established in 1959, the Marine nationale tunisienne (Tunisian National Navy) initially received French assistance, including advisory personnel and several small patrol vessels. On 22 October 1973, the U.S. Edsall-class destroyer escort USS Thomas J. Gary (DE-326) was decommissioned in ceremonies at the Quai d'Honneur, Bizerte. Moments later, the ship was commissioned by the Tunisian Navy as the President Bourgiba. In the mid-1980s the force included President Bourguiba, two United States-built coastal minesweepers, and a variety of fast-attack and patrol craft. The most important additions to the fleet in the 1980s were three La Combattante III class fast attack craft armed with Exocet surface-to-surface missiles. Apart from these vessels, however, most of the fleet's units were old and capable of little more than coastal patrol duties.

During the 1960s and 1970s the navy was primarily involved in combating the smuggling of contraband, the illegal entry of un- desirable aliens, and unauthorized emigration as well as other coastal security activities. In these matters the overall effort was shared with agencies of the Ministry of Interior, especially the customs agents and immigration personnel of the Surete Nationale.

Today the Tunisian Navy reportedly has bases at Bizerte, Kelibia, La Goulette, and Sfax. Formerly reported in service were six Kondor-II class minsweepers of 635 tons, equipped with 3x2x25mm Guns. However none were listed in service by the IISS Military Balance 2013. Also formerly in use were MBDA MM-40 Exocet and Nord SS-12M surface-to-surface missiles. 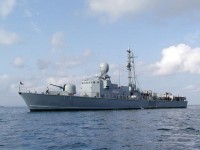