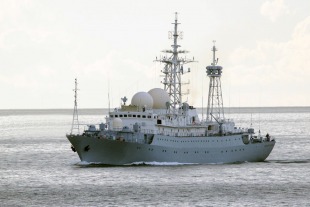 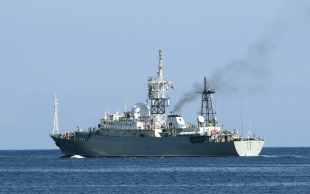 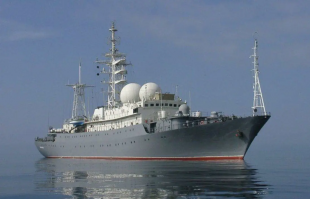 The Vishnya class (also known as the Meridian class) are a group of intelligence collection ships built for the Soviet Navy in the 1980s. The ships continue in service with the Russian Navy. The Soviet designation is Project 864. The Russian Navy operates seven of these ships.

These ships are large, purpose built ships designed for signals intelligence gathering via an extensive array of sensors. The data could be transmitted to shore via satellite link antennas housed in two large radomes. The ships are armed with two AK-630 close-in weapon systems and SA-N-8 SAM launchers, for last resort self-defense. 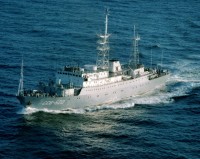 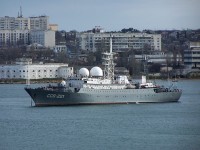