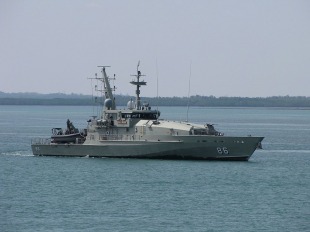 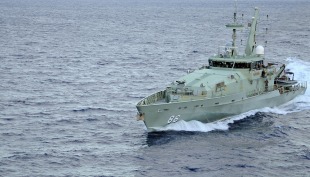 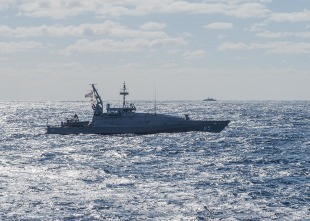 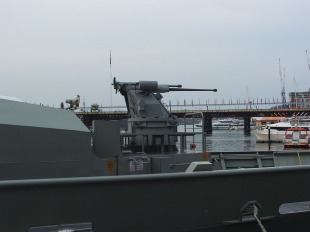 The Armidale class is a class of patrol boats built for the Royal Australian Navy (RAN). Planning for a class of vessels to replace the fifteen Fremantle-class patrol boats began in 1993 as a joint project with the Royal Malaysian Navy, but was cancelled when Malaysia pulled out of the process. The project was reopened in 1999 under the designation SEA 1444, with the RAN as the sole participant. Of the seven proposals tendered, the Austal Ships/Defence Maritime Services (DMS) proposal for twelve vessels based on an enlarged Bay-class patrol boat was selected. Two additional patrol boats were ordered in 2005 to provide a dedicated patrol force for the North West Shelf Venture.

All fourteen vessels were constructed by Austal Ships at Henderson, Western Australia. The first vessel, HMAS Armidale, was commissioned into the RAN in June 2005, and the last, HMAS Glenelg, entered service in February 2008. The Armidale-class ships are operated by the Australian Patrol Boat Group, and based in Cairns and Darwin. They are primarily tasked with border protection, fisheries patrols, and the interception of unauthorised arrivals by sea. The Armidales are longer and heavier than their Fremantle-class predecessors, with improved seakeeping ability and increased range, allowing them to reach Australia's offshore territories. The ships are multi-crewed, with three ship's companies available for every two vessels, allowing the patrol boats to spend more time at sea without cutting into sailors' rest or training time.

During their early service life, there were problems with the fuel systems across the class, and a 20-bunk auxiliary accommodation compartment has been banned from use after toxic fumes were found in the compartment on multiple occasions. The high operational tempo from the Operation Resolute and Operation Sovereign Borders border protection and asylum seeker interception operations, combined with design flaws and poor maintenance, resulted in the ships suffering from hull fracturing around the engineering spaces, mechanical defects, and corrosion issues. DMS's contract to provide in-service support will be terminated in 2017, and the patrol boats are undergoing a major refit in Singapore to reinforce the hull. Two Cape-class patrol boats have been chartered to supplement naval patrol boat availability during the refit cycle, and plans to replace the Armidales with an enlarged class of offshore combatant vessel have been accelerated to bring them into service by the early 2020s.

After extensive damage from an onboard fire, HMAS Bundaberg was decommissioned at the end of 2014. A fictional Armidale-class boat, HMAS Hammersley, appears in the Australian military drama series Sea Patrol from the second season onwards, with filming occurring aboard multiple ships of the class.