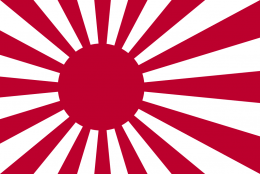 The Japan Maritime Self-Defense Force, JMSDF, also referred to as the Japanese Navy, is the maritime warfare branch of the Japan Self-Defense Forces, tasked with the naval defense of Japan. It is the de facto navy of Japan and was formed following the dissolution of the Imperial Japanese Navy (IJN) after World War II. The JMSDF has a fleet of 130 ships (excluding minor auxiliary vessels) and 346 aircraft and consists of approximately 45,800 personnel. Its main tasks are to maintain control of the nation's sea lanes and to patrol territorial waters. It also participates in UN-led peacekeeping operations (PKOs) and Maritime Interdiction Operations (MIOs). 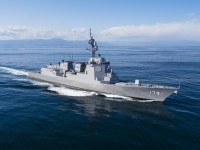