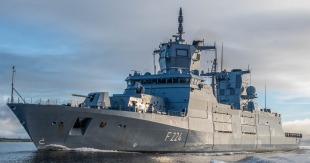 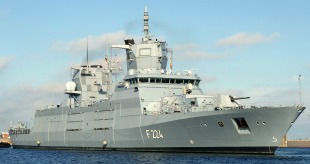 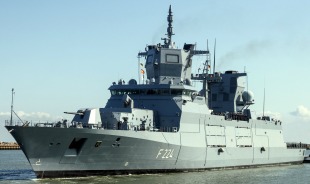 Sachsen-Anhalt (F224) is the third ship of the Baden-Württemberg-class frigates of the German Navy.

Sachsen-Anhalt was designed and constructed by ARGE F125, a joint-venture of Thyssen-Krupp and Lürssen. She is part of the Baden-Württemberg class have the highest displacement of any class of frigate worldwide and are used to replace the Bremen class.

Sachsen-Anhalt was laid down on 4 June 2014 and launched on 4 March 2016 at Hamburg, Germany. After considerable delay following her launch to repair defects identified during construction she was delivered to the Navy in March 2021. She was commissioned on 17 May 2021.