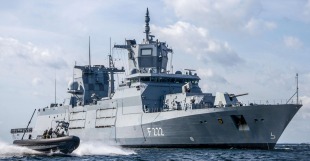 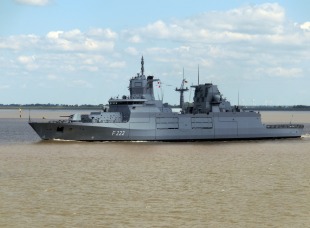 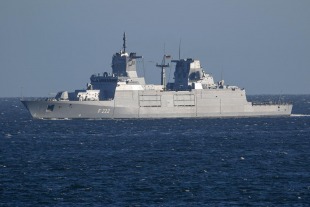 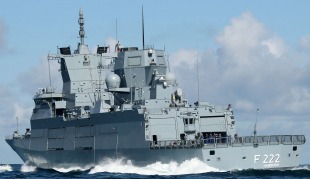 Baden-Württemberg was designed and constructed by ARGE F125, a joint-venture of Thyssen-Krupp and Lürssen. She is part of the Baden-Württemberg class have the highest displacement of any class of frigate worldwide and are used to replace the Bremen class.

On 17 April 2020, Baden-Württemberg completed her extreme weather test in the South Atlantic after she left Brazil on 7 February to test hot weather near the Equator.

In January 2022, it was reported that full operational capability for Baden-Württemberg was still only expected in mid-2023.