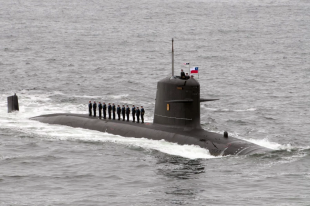 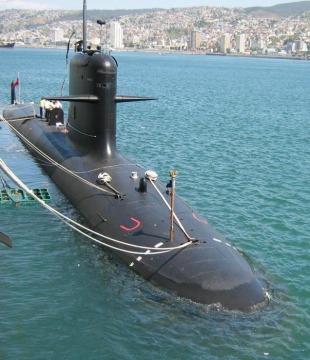 Carrera (SS 22) is a Scorpène-class submarine built for the Chilean Navy by DCNS in Cherbourg and Navantia in Cartagena, Spain.

Carrera is the second of two units, behind O'Higgins (SS 23) built to replace the old Oberon-class submarines that served in the Chilean Navy for 30 years. It is currently serving in the Submarine Force with a base port in Talcahuano.