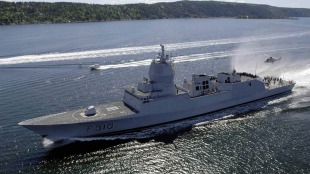 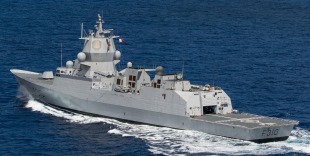 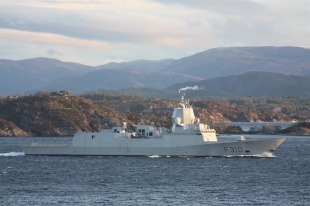 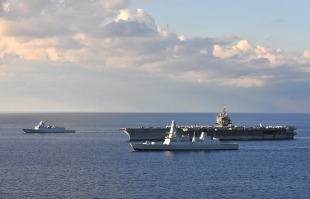 On 26 February 2009, the Norwegian government decided to deploy HNoMS Fridtjof Nansen to the Gulf of Aden, thereby participating in the ongoing Operation Atalanta, the European Union's counter-piracy campaign in Somalia. Fridtjof Nansen joined the campaign in August 2009.

Fridtjof Nansen's engagement in Operation Atalanta was carried out without a permanently stationed helicopter. Mainly due to delays in delivery of the new NH-90, the ship is equipped with two ultra-fast RHIBs as a replacement. In November 2009 she became involved in a fire-fight with suspected pirates after being attacked while inspecting a fishing vessel.

In 2014, Fridtjof Nansen took part in the naval exercise RIMPAC 2014 in the Pacific Ocean. During the exercise, she used a Naval Strike Missile to sink the USS Ogden (LPD-5), a decommissioned U.S. Navy amphibious transport dock, as a target 55 nautical miles northwest of Hawaii on 10 July 2014.