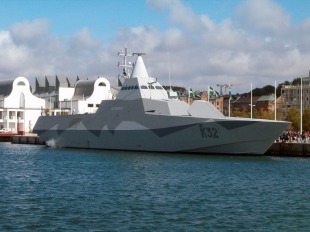 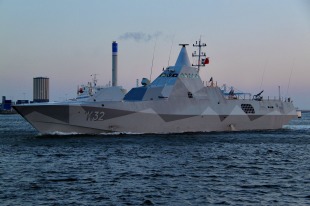 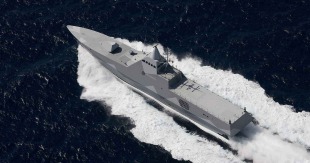 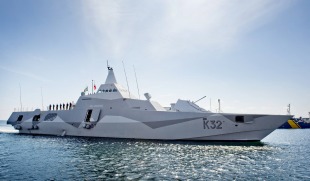 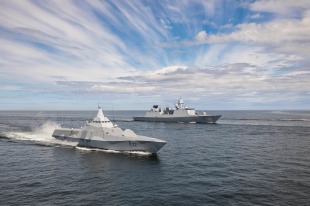 HSwMS Helsingborg (K 32) is a Swedish Visby-class corvette. She was ordered by the Swedish Government in 1995 and is the second ship of the class built by Kockums. She has been in active service with the 31st Corvette Squadron, 3rd Naval Warfare Flotilla since 19 December 2009. It is a stealth missile corvette.

Kockums delivered her to FMV on 24 April 2006, when she started her extensive operational sea trials, during which she has returned to the yard several times. On 12 August 2006 she left Sweden for the Mediterranean. She returned to Karlskrona 11 September the same year.