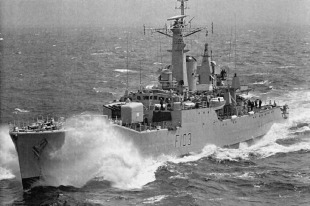 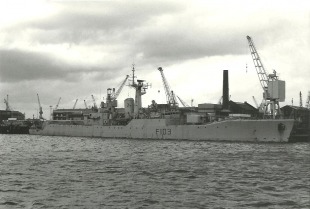 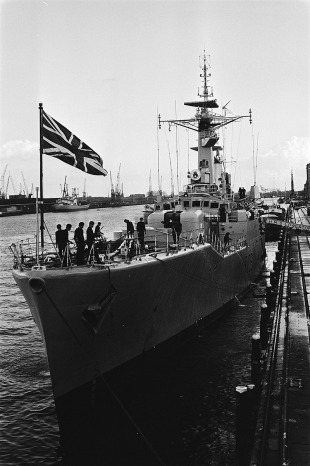 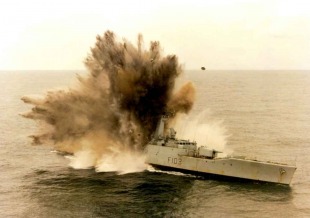 HMS Lowestoft was a Rothesay or Type 12M class anti-submarine frigate of the British Royal Navy. Lowestoft was reconstructed in the late 1960s to largely the same pattern as the third group of Leander frigates, with new radar and fire control and a hangar and pad for a Wasp helicopter for longer range, anti submarine, engagement. In the late 1970s it was converted as the prototype towed array frigate for the Royal Navy, but retained its full armament. Lowestoft was sunk as a target on 8 June 1986 by HMS Conqueror using a Tigerfish torpedo. She was the last Royal Naval target to be sunk still displaying her pennant number.