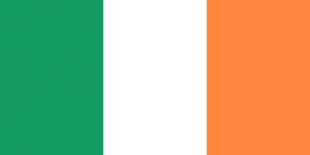 The Naval Service is the maritime component of the Defence Forces of Ireland and is one of the three branches of the Irish Defence Forces. Its base is in Haulbowline, County Cork.

Though preceded by earlier maritime defence organisations, the Naval Service was formed in 1946. Since the 1970s a major role of the Naval Service has been the provision of fisheries protection in Ireland's exclusive economic zone (EEZ). Other roles include sea patrol, surveillance, and smuggling prevention. Occasionally the Service undertakes longer missions in support of other elements of the Defence Forces, Irish peacekeepers serving with the United Nations, or humanitarian and trade missions.

From July 2017 the Naval Service is a participating in the External Action Service mission which focuses a number of EU Navies on humanitarian and training roles in the Mediterranean. This mission entitled EU Navfor Med is the first time Ireland has taken part in a multi-role and multi-national naval operation.

Ships in the Irish Naval Service are designated Long Éireannach, which is abbreviated to LÉ. The LÉ Eithne is the current flagship of the Naval Service.