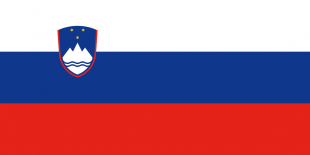 The Slovenian Navy is not a separate service, but an integral part of the Slovenian Armed Forces. The only Slovenian naval unit is the 430th Naval Division.

The Slovenian navy was built from scratch following independence in 1991, as the Territorial Defense Forces of Slovenia had not been equipped with any maritime assets. No significant action of the Ten-Day War occurred at sea. In 1991, a small diving detachment was formed in Ankaran, equipped with sport-diving equipment because of the UN arms embargo against the former Yugoslav republics. After the embargo was lifted in 1996, Slovenia bought a single Israeli-built IAI-Ramta Super Dvora Mk2-class patrol boat, named Ankaran after the coastal town. In 2008, the Ministry of Defense announced that Slovenia would procure one Russian Project 10412 patrol boat, offered in payment of a multimillion-dollar debt owed to Slovenia. The vessel was subsequently named Triglav, after the mountain and national symbol. Specially equipped for Slovenian needs, it is optimized for a patrol role and lacks the anti-ship missiles of the version in service with the Russian Navy, instead mounting two Rigid-hulled inflatable boat. In June and August 2015 both ships underwent overhaul in Trieste shipyard.